Designed from scratch, the garden was built to be a low-maintenance evergreen planting scheme and was to complement the surrounding Victorian terraced houses. For example, plants such as Spiraea’s, Hydrangea’s, Viburnum’s, Laurel’s and Elaeagnus (Silverberry). Since exotic plants are suited to the city's warm microclimate (the urban heat stored by the surrounding buildings) a few exotic plants were included as this provided some attractive architectural plants while reflecting London's multicultural character. For example, plants such as Cordyline Australis (Cabbage tree), Musa Basjoo (Banana plant) and Gunnera manicata (Giant rhubarb).

The garden included lots of wildlife features. A pond which provided a habitat for amphibians and invertebrates and bathing garden birds. Hidden behind the borders was located woodpiles, compost and plant trimmings so that the decomposing and discarded off-cuts provided a place for animals to live, feed and hibernate. The borders were filled with year-round flowering shrubs that provided nectar rich food for butterflies and bees, as well as seeds, berries and cover for birds and small mammals through all the seasons. The garden has become a great wildlife hub in a very central part of london.

Finally, the garden had a management plan which was handed over to the owner and occupant of the flat. This was an easy to use plan which not only included basic horticultural tasks such as watering and composting, but offered ideas on how to use the herbs for cooking, and using the cut flowers indoors.

"Arthur is passionate about his profession, He transformed a very ordinary difficult Kensington garden into an urbane that is the envy of my neighbours and friends. Above all, Arthur thinks only on your behalf and is always keen to show ways to cut costs, do more for the environment and plan things out of plants which can do tricks. I can not recommend him enough." 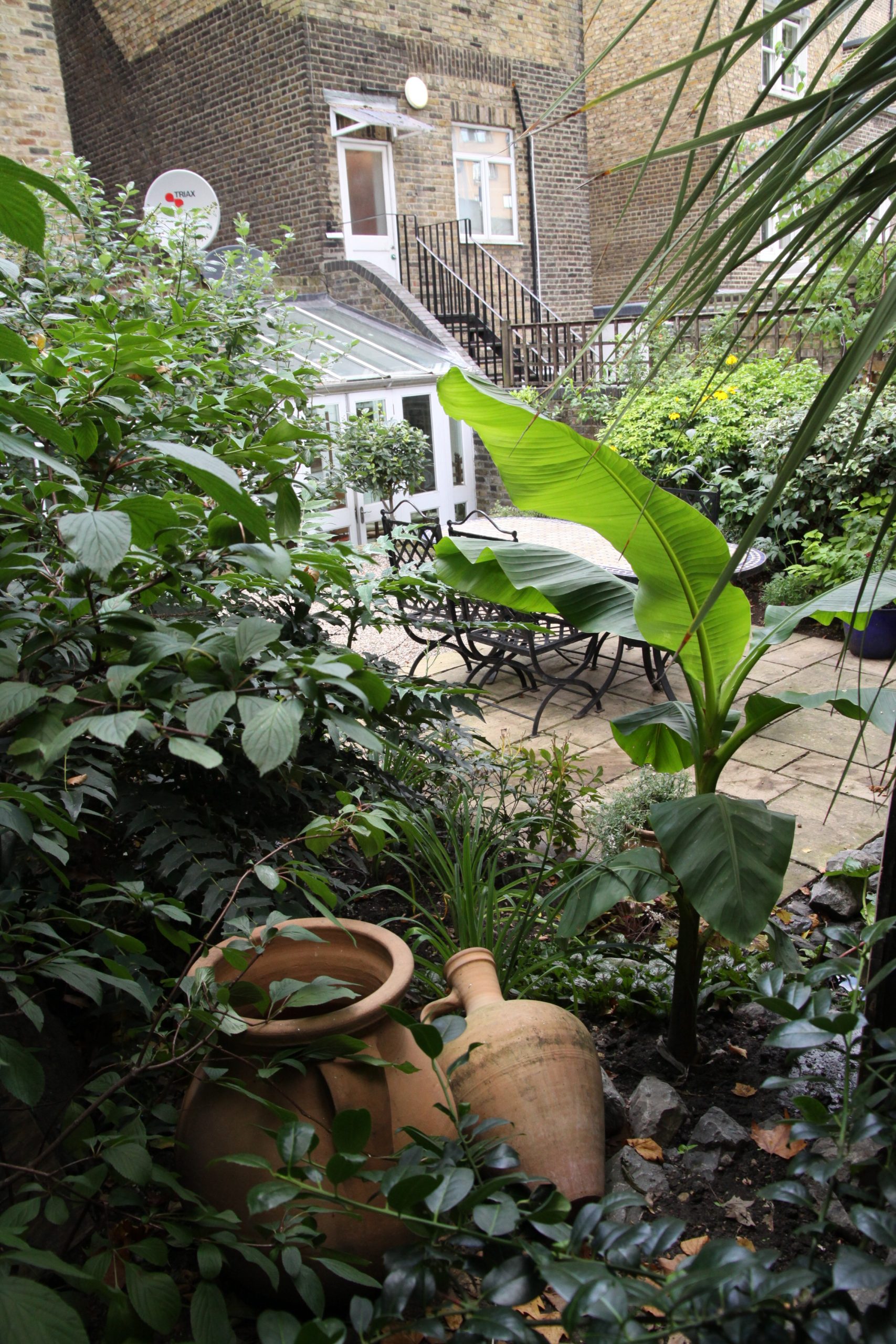 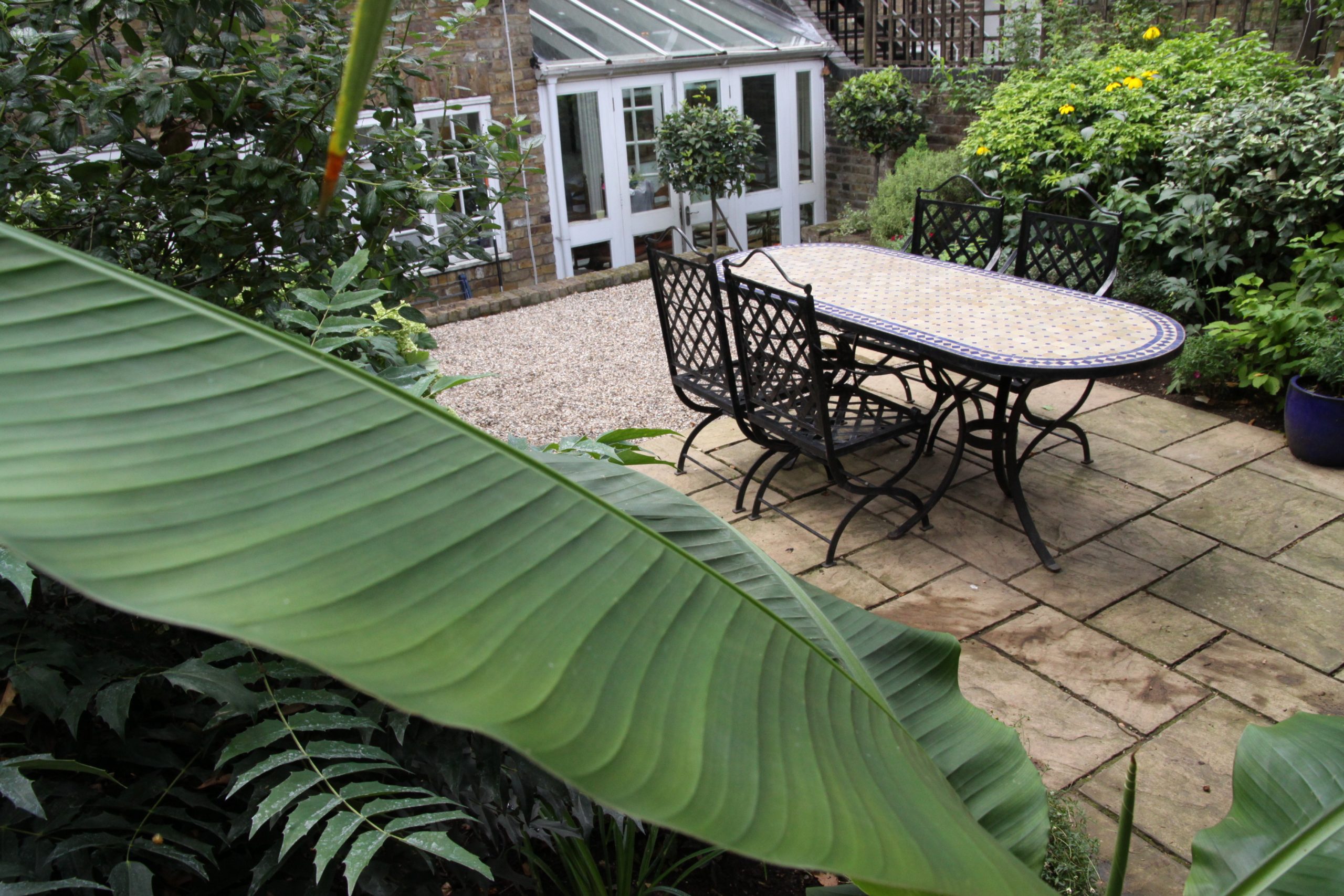 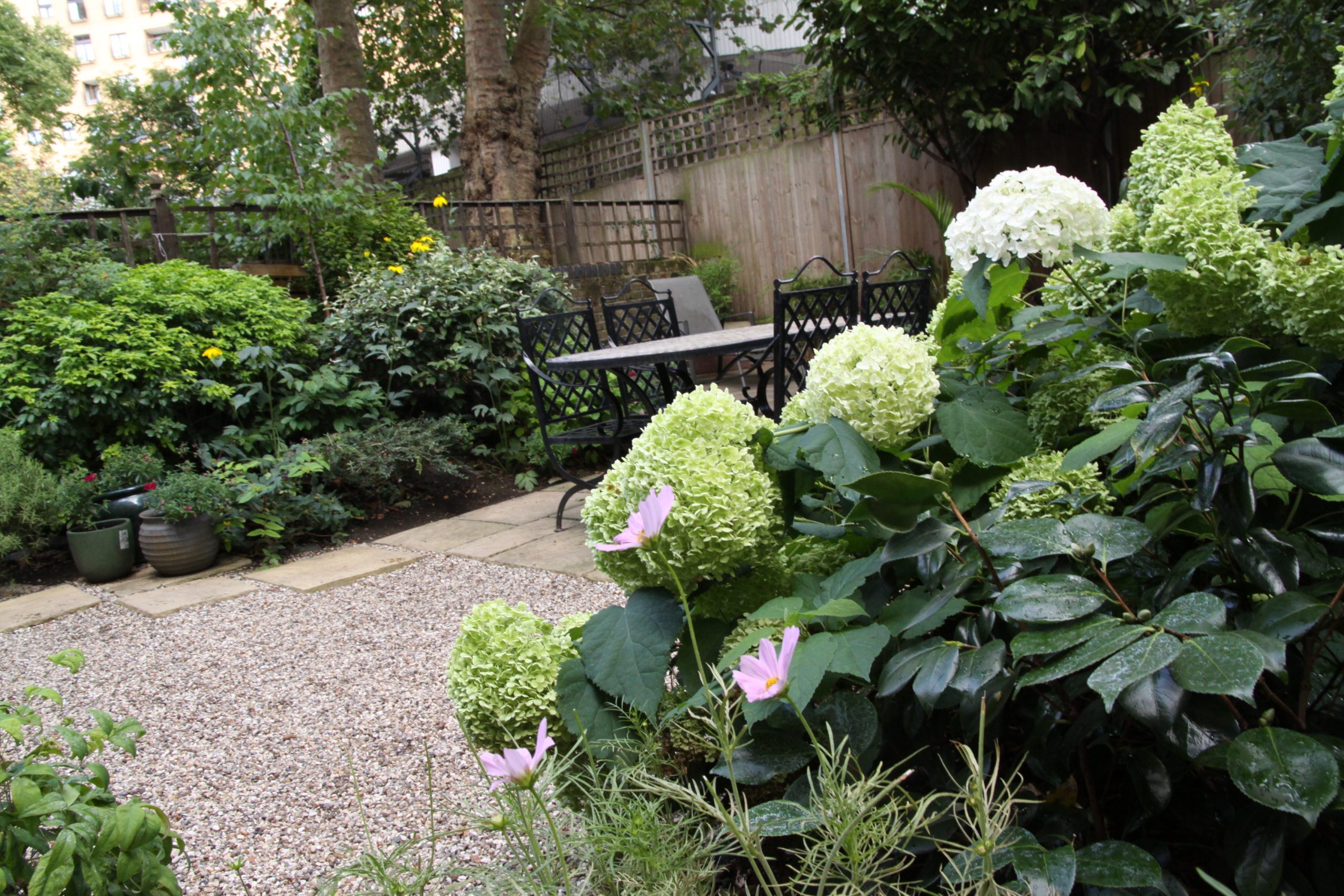 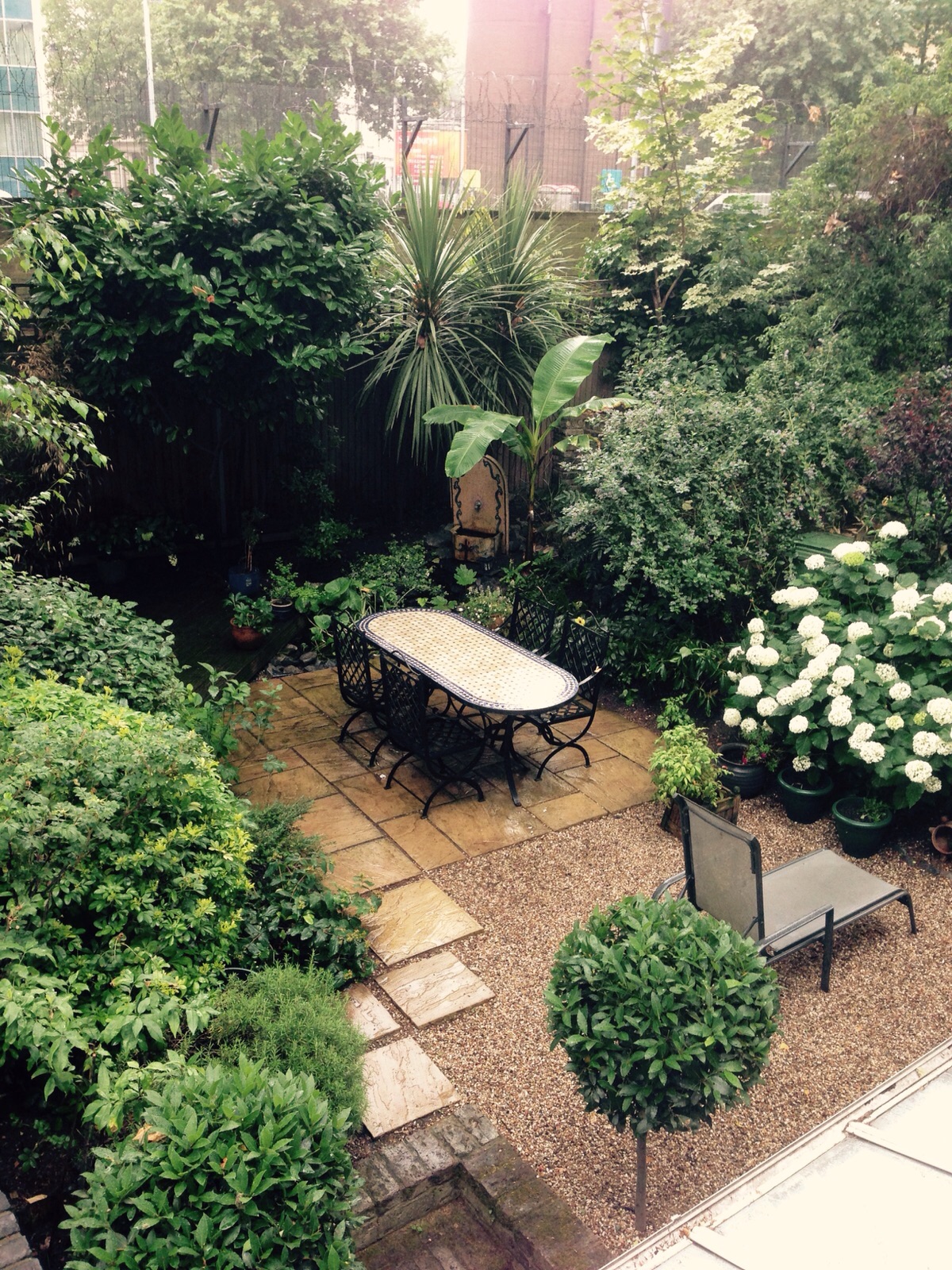 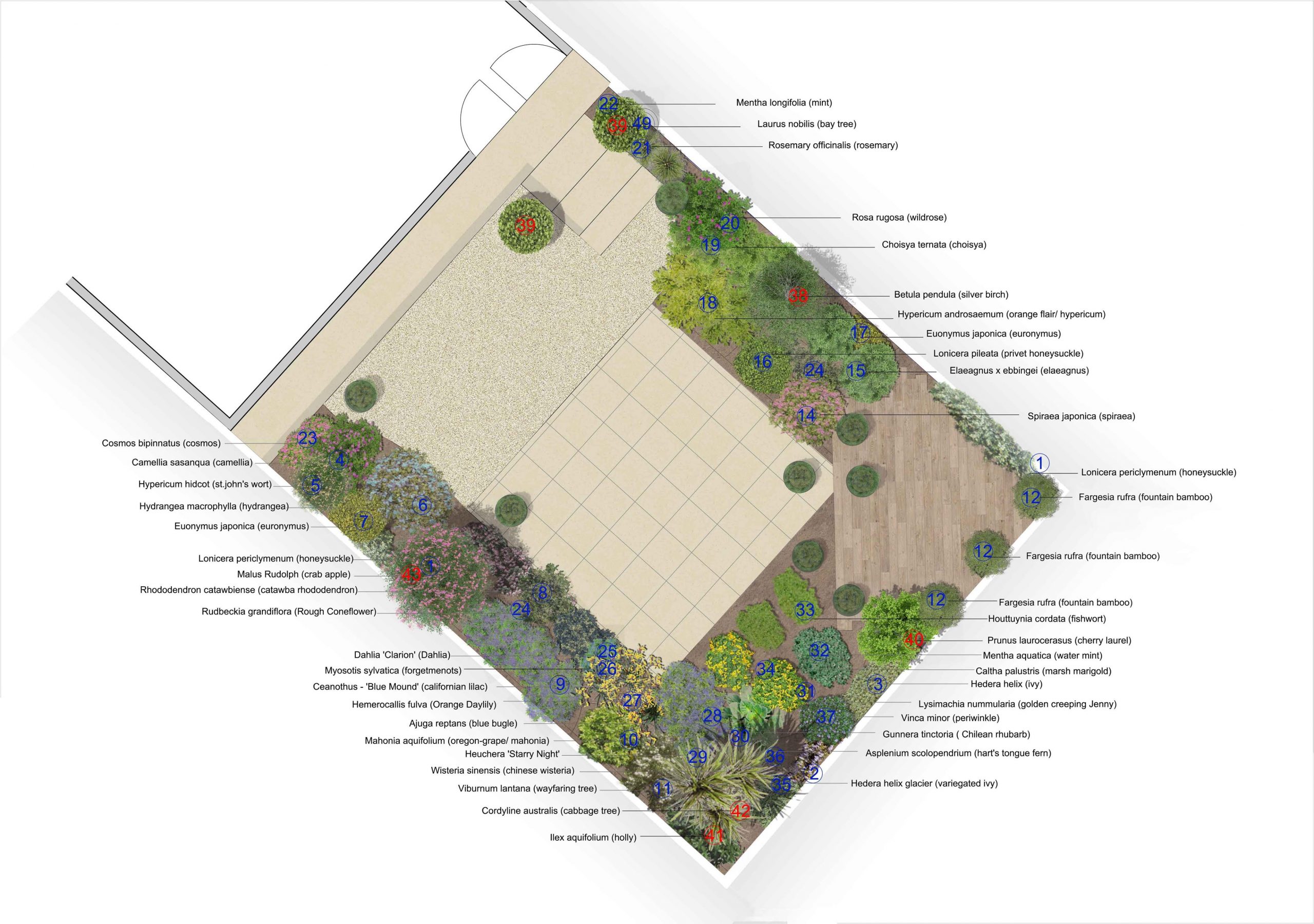 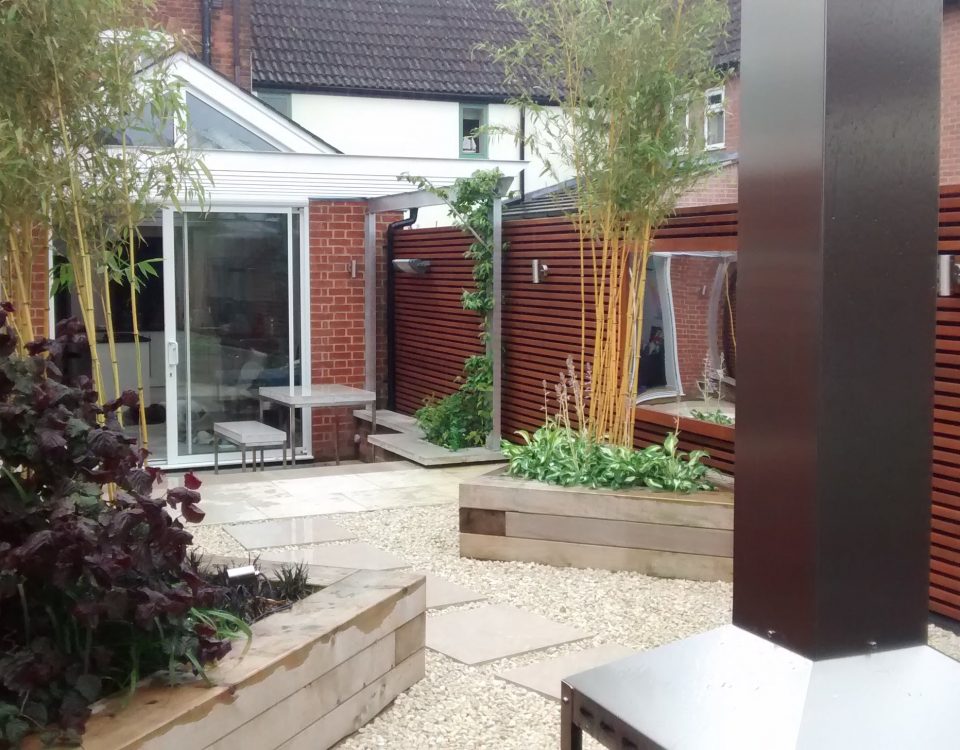